Panorama - The US automotive sector: a risky recovery ?

The automotive industry in the United States, the"backbone of American industry" according to Barack Obama, was on the verge of bankruptcy at the time of the financial crisis, with a drop in sales of 35% between 2007 and 2009.

It then underwent drastic restructuring of its companies, with factory closures, massive redundancies and significant federal support, with $80 billion injected into the Big Three (Chrysler, Ford and General Motors).

Since then, the automotive industry has been aided by a highly incentivizing "cash for clunkers" programme, by a level of household consumption which has recovered over the last few years thanks, amongst other things, to the drop in unemployment, as well as by tempting consumer finance arrangements. Employment in this sector has started to rise again, as has investment and expenditure on research & development (R&D). A virtuous circle seems to have been established.

But we will see that this recovery is not without danger, which could eventually dent the virtue in this circle. Amongst these dangers are a median salary that is still below its pre-crisis level, consumer loans granted to risky borrowers (subprimes), the significant increase in payment defaults and the probable end of cheap loans. To this is added a strong trend amongst new generations of consumers, who increasingly often prefer to use alternative modes of transport, a trend that manufacturers are nevertheless gradually integrating within their product lines through large increase in their R&D expenditure. 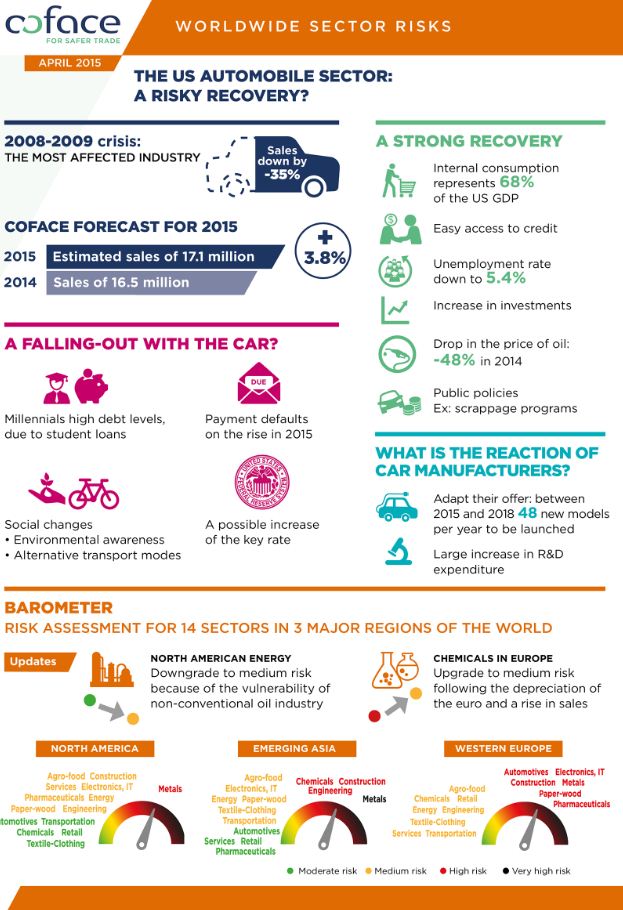