After five years of sanctions, Iran is finally to rejoin the global community.The return of Iran should have an effect on international growth via the oil channel but, above all, will bring huge changes to Iran itself. The lifting of sanctions, following the P5+1 agreement, will have a significant effect on raising Iran’s output. This will revive the Iranian economy, particularly through the recovery of foreign trade and investments. However, moving from autarky to openness is a sharp manoeuvre to manage. The country may face a number of repercussions from trade liberalisation.

Iran is the second largest economy in the Middle East and North Africa (MENA) region. According to the IMF, its GDP stands at 416.5 billion USD. Following two years of recession, Coface expects real GDP growth to stand at 3.8% this year, on the back of the lifting of Western sanctions. With the removal of these sanctions, the Iranian governmental authorities expect to attract foreign investments of at least 50 billion USD a year. This figure is far above the 2.1 billion USD of foreign direct investments that Iran attracted in 2014.

“Key sectors that should lead the economy’s recovery in the post-sanctions period include transportation, housing and urban development. Besides these industries and the oil and gas sector that the economy relies heavily upon, the country has opportunities in almost every sector”,commented Seltem Iyigun,economist for the MENA and Turkey Region at  Coface. 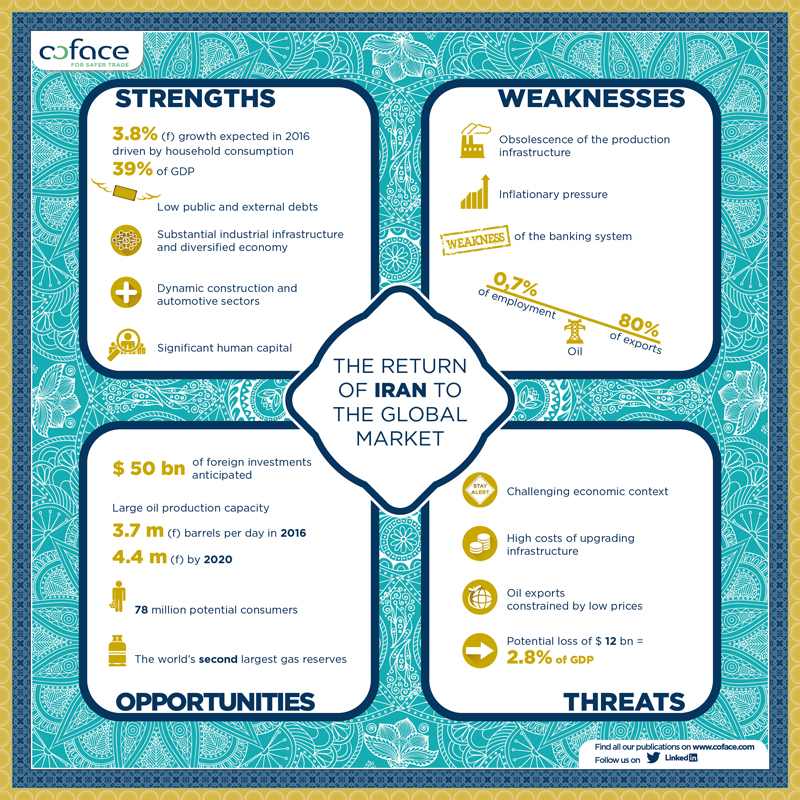